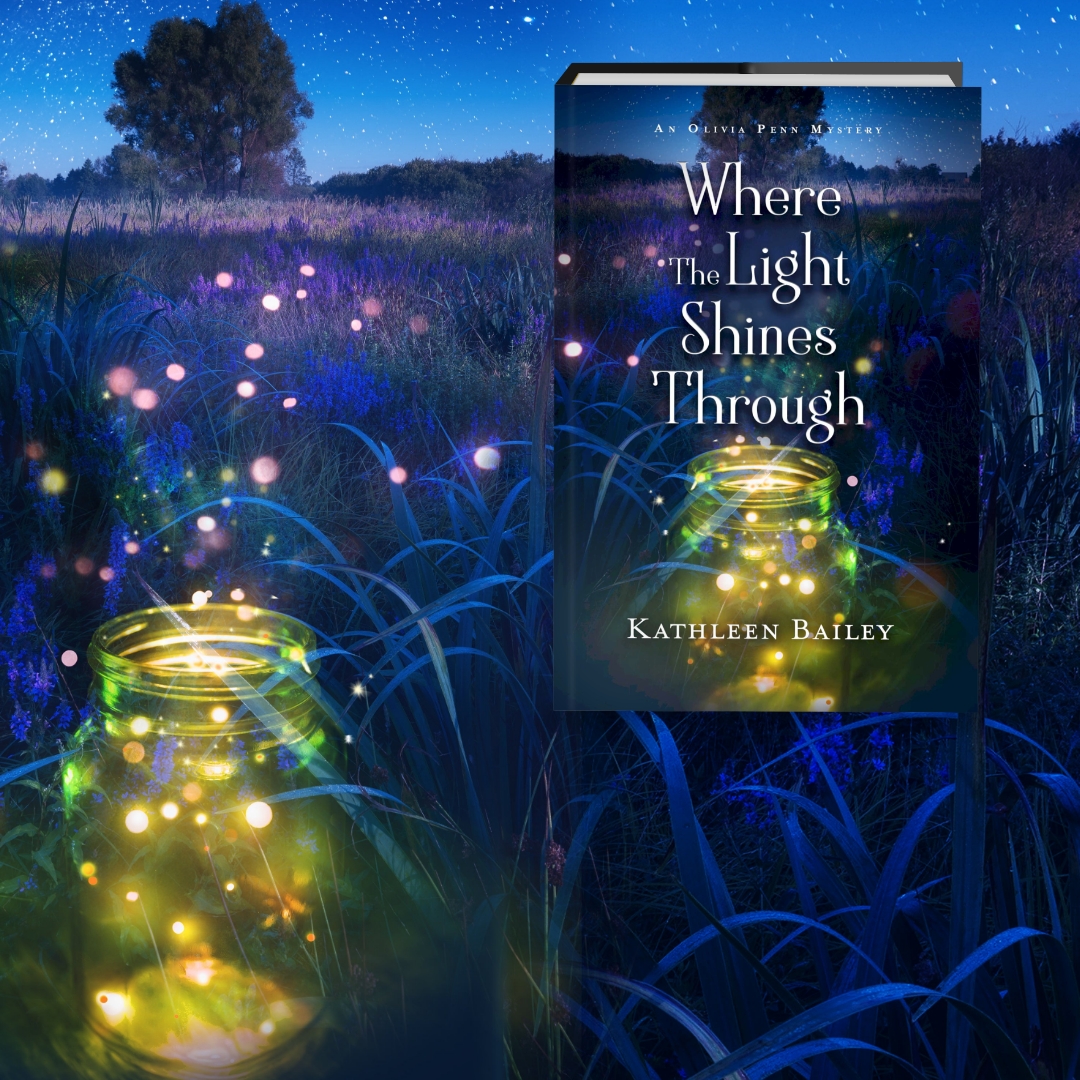 Where the Light Shines Through

An Olivia Penn Mystery: Book One

For fans of Clue and Castle, you’ll love this fun, comforting, and uplifting cozy mystery with a Gilmore Girls vibe.

Olivia’s syndicated advice column is about solving problems … not murders. But when she returns to her hometown of Apple Station in Virginia to visit her dad, she has five days to expose a killer or fall prey as the next victim.

Olivia had planned for a week of rest and relaxation before her move to New York for a promotion and a chance to pursue her publishing dreams. Within hours of arriving home, her world changes forever with the death of someone dear. A promise to a grieving mother leads her to uncover secrets from the past that put her life in danger, leaving her at a crossroads. Does she risk investigating further or settle for the security of the life that awaits? Will she chase after what she thinks she wants or listen to what her heart needs?

With the support of friends and family, a tenuous alliance with the lead police detective, and the bravery of an intrepid beagle, she races to protect her dad, rescue an unlikely ally, and bring a murderer to justice.

If you grew up reading Nancy Drew, you’ll love this cozy mystery that entertains with heart and humor amid a charming cast of characters set in a small Southern town.

Escape to enjoy a captivating, heartwarming story that celebrates the connections of friends and family! 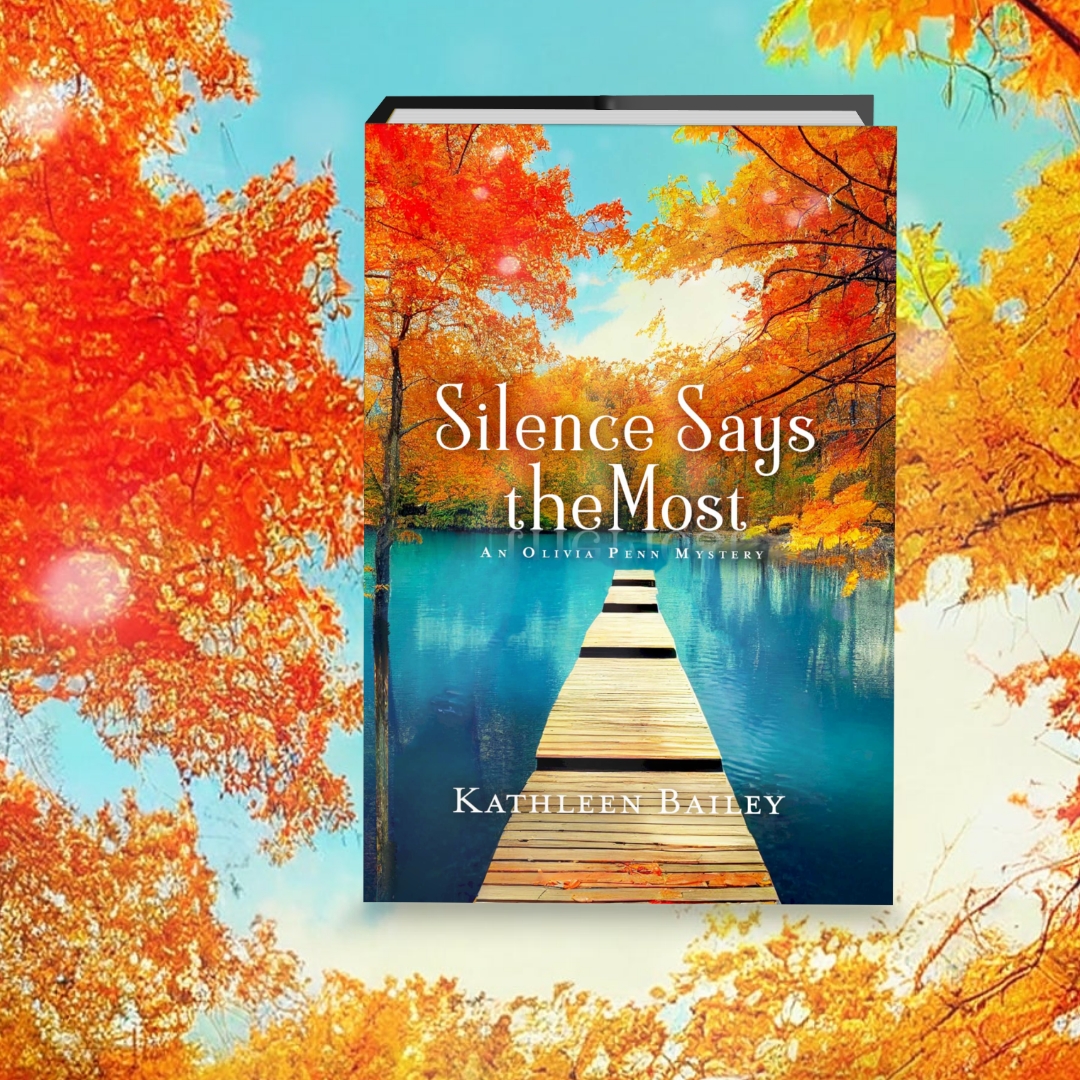 Five days before Halloween, fall turns frightful in Apple Station when a child’s drawing entangles Olivia in a murder at a park lake.

Olivia’s hometown is gearing up for its annual Halloween festival, and pumpkins, corn mazes, and autumn vibes are everywhere. All is cozy in the crisp fall air as excitement builds for the costume parade on Friday. A casual Monday lakeside picnic lunch with her forever friend, though, sets off a chain of events that catches Olivia in the wrong place at the wrong time.

When a body is discovered amid an algae bloom under mysterious circumstances, everyone points fingers, but one among them is not telling the truth. The only apparent witness to the crime is a child who doesn’t speak. Motives abound, suspects are plenty, and it’s up to Olivia to discover why the child has implicated her as the key to solving the murder.

Can Olivia unmask the killer before the endangered evidence vanishes, and she becomes the next victim?

If you like small town, cozy mysteries with heart and humor, a charming cast of characters, and a twisty plot that celebrates the connections of friends and family, you’ll love Silence Says the Most, the second book in The Olivia Penn Mystery Series.

“A fantastic start to a new series … This book is written with such beautiful descriptions … Where the Light Shines Through has a brilliant cast of characters that exude the feeling of a small town.”

“Bailey’s winning debut will thrill fans of the cozy mystery genre … Olivia’s vividly sketched hometown of Apple Station is so alive with warmth and local color that it brings to mind a southern version of Stars Hollow from Gilmore Girls … With these engaging, well-conceived characters, and expertly crafted twists that will keep readers guessing, this mystery is sure to please readers looking for an adventure with plenty of intrigue and a comforting conclusion.”

“This was a delightfully charming read that I could not put down until all was said and done. The author knows how to tell a story where the tone was comfortable and the multi-plot whodunit had all the elements to keep me enthralled from beginning to end.”

Silence Says the Most is well written, just like its predecessor, and I felt like I was at home again in the small town of Apple Station. Olivia is a fantastic main character who is smart, witty, and curious … I really enjoyed the easy flow of the story and the way the author connects the dots little by little … The witty banter between the characters is also light-hearted and a fun experience … Silence Says the Most has a great twist at the end of the book that I wasn’t able to guess, but that made complete and total sense … You just can’t beat a small town with its small-town mysteries and small-town characters!

“Many people, myself among them, feel better at the mere sight of a book.”

We use cookies to ensure that we give you the best experience on this website. If you continue to use this site we will assume that you are happy with that.
Cookie settingsOk
Manage consent

This website uses cookies to improve your experience while you navigate through the website. Out of these, the cookies that are categorized as necessary are stored on your browser as they are essential for the working of basic functionalities of the website. We also use third-party cookies that help us analyze and understand how you use this website. These cookies will be stored in your browser only with your consent. You also have the option to opt-out of these cookies. But opting out of some of these cookies may affect your browsing experience.
Necessary Always Enabled
Necessary cookies are absolutely essential for the website to function properly. These cookies ensure basic functionalities and security features of the website, anonymously.
Functional
Functional cookies help to perform certain functionalities like sharing the content of the website on social media platforms, collect feedbacks, and other third-party features.
Performance
Performance cookies are used to understand and analyze the key performance indexes of the website which helps in delivering a better user experience for the visitors.
Analytics
Analytical cookies are used to understand how visitors interact with the website. These cookies help provide information on metrics the number of visitors, bounce rate, traffic source, etc.
Advertisement
Advertisement cookies are used to provide visitors with relevant ads and marketing campaigns. These cookies track visitors across websites and collect information to provide customized ads.
Others
Other uncategorized cookies are those that are being analyzed and have not been classified into a category as yet.
SAVE & ACCEPT